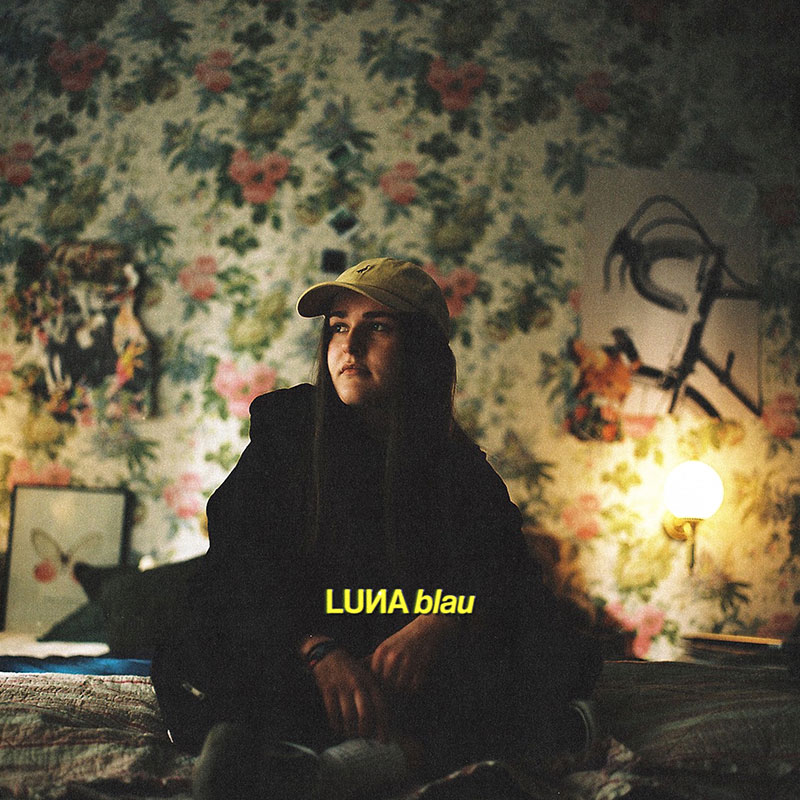 I see your true colors.

Each of us carries something under our chests, a pain that haunts our minds in the last minutes before we fall asleep. Sometimes it’s the knowledge that you don’t want to go the way your father envisions, that there won’t be a soccer star for a son, but a ballet dancer. Sometimes it is a painful secret, scars on the soul, scars on the body, the reason why you wait in the locker room until the end. Or that one has fallen in love with a person -but just not with the sex that is expected by society.

8 billion secrets – but LUNA puts an end to it today.

On her new single “BLAU”, which will be released on 07/16/2021 via Treppenhaus Records, the 18-year-old tells about her own coming out and at the same time makes a universal statement about the courage to stand by oneself. And who could do that better than LUNA, who realizes early on that she doesn’t fit into the image that people have of young girls in a Bavarian village, “Even in kindergarten/ I wore blue/ I only played with boys/ I didn’t fit in/ Classmates, they all ask questions/ Why are you different, Ey,why am I different!” LUNA traces the desire to just fit into the stereotype -and realizes that’s not the way to go: “Wasn’t always easy/ and Mama, Yeah, you know that/ At the end of the day, I don’t care if I fit in here!”

Because “BLAU” is not a song about resignation, but a powerful outsider anthem that encourages people to stand up for themselves and their dreams. The driving powerpop production blurs the lines between modern rap-influenced sounds and classic songwriter arrangement, LUNA’s haunting voice tells of falling and getting up. And thus fulfills the promise of pop music to give the others, the freaks, the non-conformists a mouthpiece, power and empowerment!

8 billion stories -but “BLUE” has a universal message:

“Don’t get bent, let people talk, got it made, live in peace!”